The report reaching Kumasi based OTEC FM indicates that Bechem United forward, Augustine Okrah has turned down a late Black Stars call-up to join the team for the Kirin Cup in Japan.

According to the report, the player feels he was treated unfairly after being dropped from the squad that went to Angola to play a 1-1 draw with Central African Republic.

The player said the last time he got a Black Stars call up the management failed to give him lorry fee from Accra to Bechem and it took a good Samaritan who gave him transportation to his hometown so he don’t see the need to join the Black Stars team for the Kirin Cup in Japan. 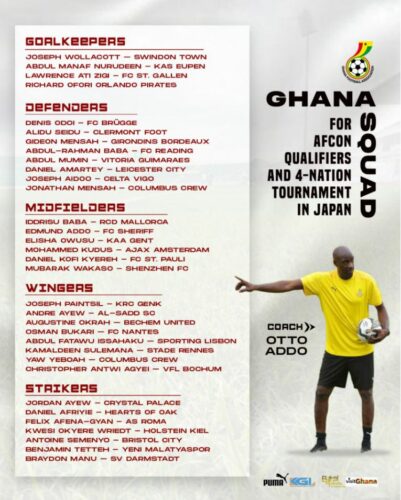 Having placed in Group E, the four-time African champions are paired alongside Madagascar, Angola and Central African Republic and will have to do better over them to secure ticket to the next AFCON which is scheduled for next year.