Two thieves who were apprehended by the police in the Central Region’s Abesewa neighborhood of Dunkwa-On-Offin received sentences of 20 and 10 years in prison, respectively, with hard labor.

Sumaila Nketia alias Last Two and Kwabena Nyameke alias Kalilu, two prisoners, were apprehended as a result of a police investigation and operation that was based on intelligence.

These criminals have been wanted by the police for a number of robberies that have occurred in the Dunkwa-On-Offin municipality and its surroundings. 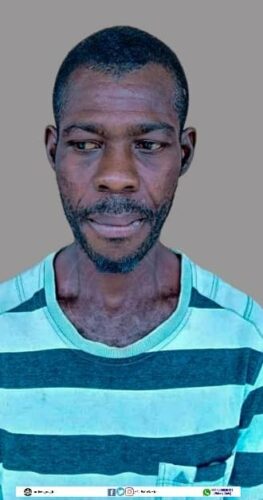 Five distinct robberies’ victims came forward to identify them, and some of their stolen goods have already been recovered.

They are currently facing a number of robbery cases in court.

On August 3, 2022, one of these cases came to a decision, which resulted in their conviction and subsequent sentencing.

We applaud the Central Regional Police Commander and his colleagues for their thorough investigation, timely capture, and effective handling of this case.

These people’s faces have been revealed in accordance with our Police new standard operating practice because they are now convicted criminals rather than suspects.

Police has reassure the public that they will keep fighting crime and prosecuting offenders.