Samuel Abdullai Jinapor, the minister of lands and natural resources, has stated that those in charge of the organizations that oversee mining operations in the Ashanti Region’s Amansie South District should be held accountable for the damage done by illegal miners.

The area’s virgin forest reserves are being destroyed by illicit miners who have returned there.

It appears the fight against illicit mining, which has lasted more than five years, is failing since illegal miners still contaminate waterways and deplete natural resources. 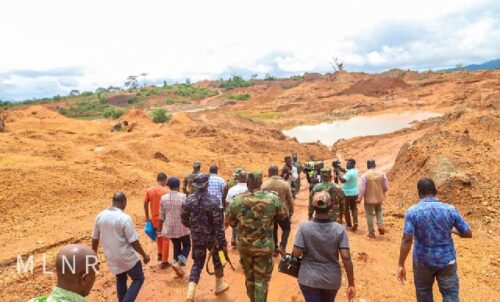 Farmland and woodland reserves have been damaged by illicit miners’ activities and abandoned mines.

The Minister was astounded by the extent of environmental damage that illicit miners were causing when he visited the mining areas.

This week’s military deployment to a few mining districts in the Ashanti Region resulted in the confiscation of some mining machinery used for illegitimate mining operations.

The Minister joined the troops in the locations of the most recent crackdown and expressed his dismay at the extent of the damage.

He watched in horror as hectares of land were destroyed without consequence.

“Mining activity is all-pervasive in the area, and the landscape is being destroyed willfully.

Our environment is in danger because of the amount of land that has been mined out, he stated. 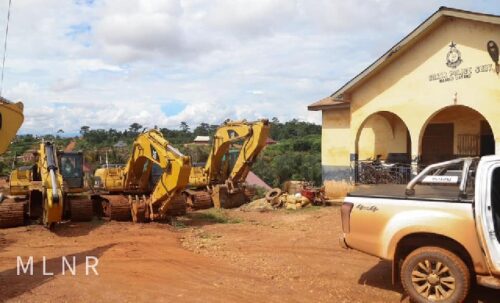 He realized that the operation did not start a day or a week “and I am shocked about this development”.

“Given the extent of the operation, I just can’t be convinced the Chief of the area, Minerals Commission officials in the area and the District Chief Executive are not aware.”

He urged everyone to work together to stop the galamsey threat.

Brigadier General Joseph Aphour, who is in charge of the Ghana Armed Forces’ Central Command, promised that the battle against galamsey would be successful.

He declared, “With the help of all, the struggle will be won. We in the military are devoted to this fight.

Later, the Minister visited with a few Regional Ministers and MMDCEs and pleaded with them to aid in the struggle.