Barimah Osei Hwedie II, the Chief of the Ejura Traditional Area in the Ashanti Region, has given the Ghana Baptist Convention 100 acres of land for the development of a postsecondary institution.

The chief claims that the action is a part of the traditional authority’s efforts to guarantee that local residents have access to high-quality, reasonably priced education.

“I am pleased to announce that, my chiefs and elders after several consultations have agreed to released 100 acres of land to the Ghana Baptist Convention for free, to augment their decision to build annex campus of the Ghana Baptist University College here in Ejura”. 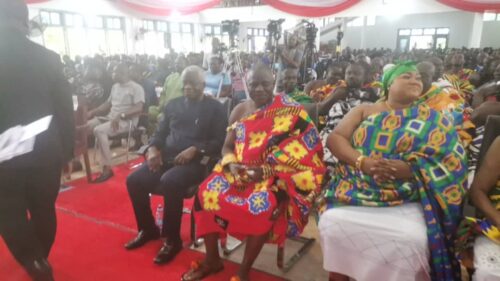 He urged the Baptist Convention to relocate the University’s administrative offices to Ejura, where the chiefs and locals are always eager to help them succeed in their mission.

For the fourth time, Barimah Osei Hwedie II gave free enormous tracts of land to the government and other development organizations for local infrastructure projects.

For the purpose of constructing a holding facility for the Ghana Prisons Service, the chief donated more than 500 acres of property to the partner government and the Church of Pentecost in 2018. 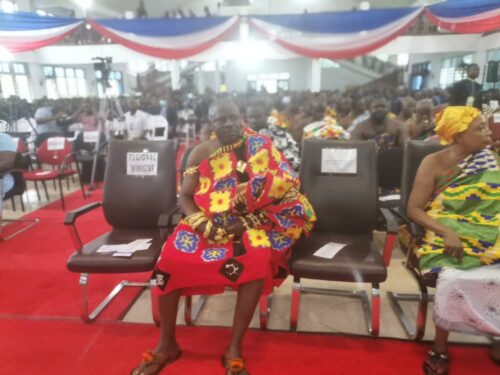 In 2021, he once more granted the state unfettered access to enormous tracts of land so that they might build a military outpost at Ejura.

This information was revealed by Barimah Osei Hwedie II during his address to a crowd at the Ghana Baptist Convention’s 59th Annual Session on Tuesday, August 23, 2022, in Ejura.

In order to speed up Ejura’s growth, Barimah Osei Hwedie II pledged that his traditional authority was ready to work with the government, cooperative entities, religious bodies, and any other development-oriented bodies.

He emphasized the necessity for Ghana to provide the youth with the necessary education and training for the dynamic employment market.

However, Rev. Dr. Adu-Gyamfi gave the Ejura chiefs assurance that the Ghana Baptist Convention will prioritize the project in their schedule.