Under the “water for all” concept, the government is dedicating 740 million dollars to the provision of drinking water.

Vice President Dr. Mahamudu Bawumia said this on Monday at Tuna, in the Savannah Region, where he had just finished a formal tour of that area.

In line with the UN Sustainable Development Goal for the provision of clean water and sanitation for all, Dr. Bawumia claims that the significant investment of more than 740 million dollars in numerous water projects across the nation has increased the percentage of Ghanaians who have access to potable drinking water. 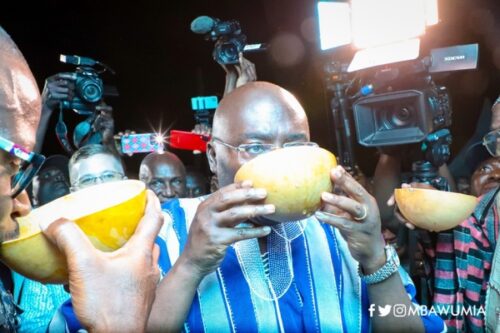 Dr Bawumia who was speaking at the commissioning of a town water project in Tuna said the successes chalked by government in providing potable drinking water for rural and urban dwellers has resulted in a reduction of sanitation-related diseases such as cholera.

“We all know that under the United Nations Sustainable Development Goal, Goal number 6 is a goal for us to attain clean water sanitation for all. In this regard, the government of Nana Addo Dankwa Akufo-Addo has had a policy of water for all. This water for all policy has resulted in an investment program of about 740 million dollars in terms of investment in water systems in various towns and communities,” he said.

The Vice President stated that due to the significant investments made to supply clean drinking water and increase total access to water to 87%, 96% for urban access, and 74% for rural access, Ghana has not recorded a single incidence of cholera during the last five years.

Previous “We are not defending Aisha Huang” – Freddie Blay
Next Dombo’s family honours Dr. Bawumia with chieftaincy title; tasks him to keep pursuing the vision of Dombo