According to former president John Dramani Mahama, Aflao, the most thriving border town in Ghana, deserves more than it currently has.

As a result, the next NDC government will provide the residents of Aflao with a modern international standard market, a new hospital, as well as other socio-economic infrastructure, in keeping with the party’s promises in the 2020 People’s Manifesto. 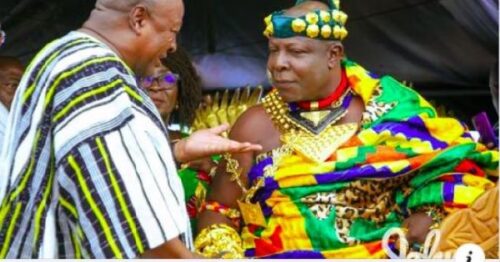 The Godigbe Festival of the Aflao leaders and populace fell on the same day as Tobgui’s anniversary.

When Togbui visited, Mr. Mahama expressed his happiness and personally invited him to attend the event.

Since Aflao is a border town, many residents of Togo and Benin gathered on the durbar area to see the ritual.

On Ghana’s border with Togo, in the Volta Region’s Ketu South District, is the town of Aflao.