Man arrested after attempting suicide due to economic crunch at Kasoa

After making an attempt at suicide by climbing a telecom mast at Kasoa CP in the Awutu Senya East Municipality, Yayah, a guy in his late 30s, was detained.

According to sources, when the suspect was seen climbing the MTN pole, some neighbors told him to halt, but he continued to ascend.

He was saved by several wonderful people who climbed the mast after spotting danger.

He was then given to the police so they could investigate.

According to reports, the young guy had apparently before lamented about his financial situation because he had obtained higher education but had been jobless for a number of years despite sending several application letters.

You might remember that a guy was electrocuted to death in Kasoa Galilea last month after climbing an ECG High tension pole with over 26,000 volts. 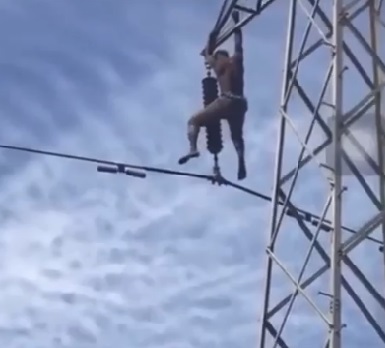