The UK’s longest-reigning monarch, Queen Elizabeth II, passed away at the age of 96 on September 8 in Balmoral. She had ruled for 70 years.

The funeral for Queen Elizabeth II will take place at Westminster Abbey in London on September 19.

Otumfuo Osei Tutu II was invited by the Household of His Majesty King Charles III, according to an invitation letter made public by the Foreign, Commonwealth and Development Office’s (FCDO) Protocol Directorate and quoted by Ghanatodayonline.com. 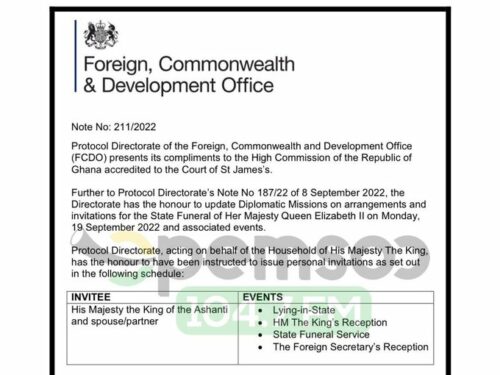 The Asantehene will attend the Lying-in-state, His Majesty the King’s Reception, State funeral Service, and the Foreign Secretary’s Reception, according to the invitation letter.

In the letter, the Protocol Directorate also invited Otumfuo Osei Tutu II and his spouses to the state burial of the late Her Majesty Queen Elizabeth II. 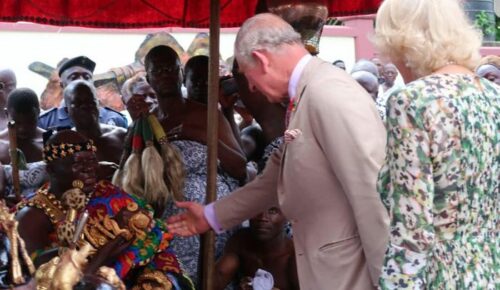