On Tuesday, December 6, 2022, Nana Addo Dankwa Akufo-Addo, President of the Republic, officially opened the Afienya Road Over Bridge, a crucial part of the 97.7-kilometer Tema to Mpakadan railway project.

Describing the project as “a brainchild of the first NPP Government of 2001 – 2009, when the highly respected Christopher Ameyaw Akumfi was Minister for Harbours and Railways”, According to President Akufo-Addo, a combination of intermodal transportation systems was designed to build a multimodal transportation network that includes road, rail, and lake transit to make it easier to transfer people and freight from the southern to the northern sectors of the country. 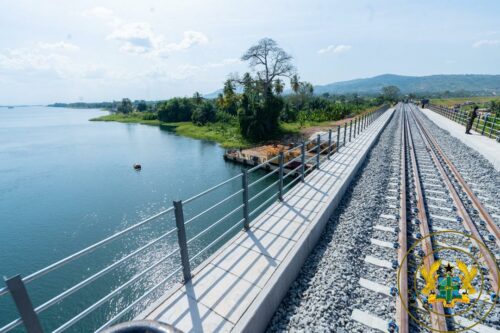 The President noted that since the majority of domestic freight and transit freight between Accra, Tema, and northern Ghana, as well as further to Burkina Faso, Mali, and Niger, is currently transported via roads via Kumasi, Tamale, Bolgatanga, Navrongo, and Paga, the over-reliance of Ghana’s road network and the absence of other transport options, particularly between Accra and Kumasi, have led to congestion, rapid deterioration of roads, and increases in road accidents. 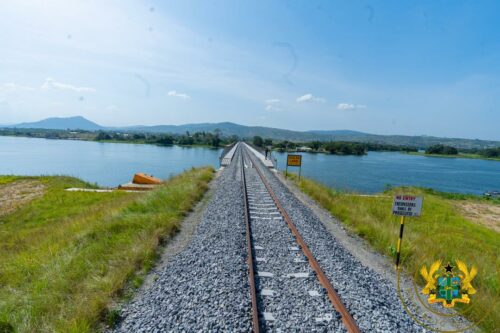 According to the President, this is why the former Ministry of Harbours and Railways ordered a feasibility study for a multimodal transportation link between Tema and Buipe across the Volta Lake in June 2007. 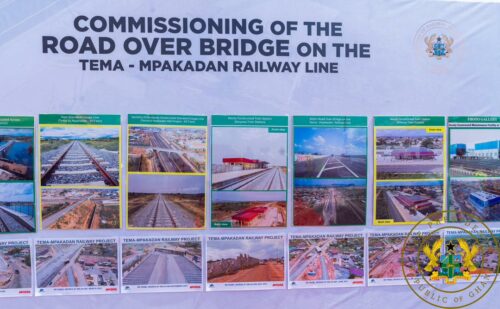 “The study was successfully completed in 2009, stressing the economic, financial and operational feasibility of the multi-modal freight corridor. Subsequently, the 6th Parliament, at the 14th Sitting of its Third Meeting, held on Monday, 31st October 2016, approved, by resolution, both the Credit Facility and the Commercial Agreement between the Ministry of Finance and the EXIM Bank of India, with AFCONS Infrastructure Ltd., also of India, as the contractor for the project,” he stated.

The project, the President told the gathering, will address the imbalance between transport modes for long distance transit and domestic freight movements from Accra/Tema northwards, and vice versa using the Volta Lake Transport System. 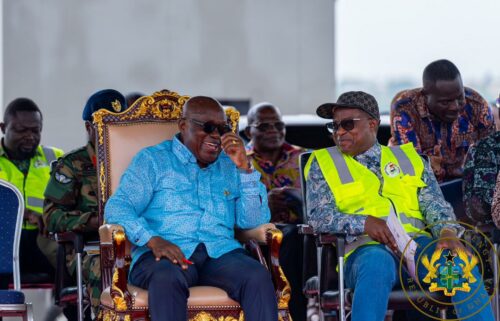 “In particular, existing port operations at the Tema Port will be improved, resulting in reduced vessel waiting time, container dwelling time, which will improve the competitiveness of the Port, as well as lead to reduction in freight transport costs, and enhance safety,” he added.

Transporting freight and transit cargo, via the Lake Transport System, President Akufo-Addo, reiterated will reduce cost of shipment and, by extension, reduce the cost of doing business in Ghana. 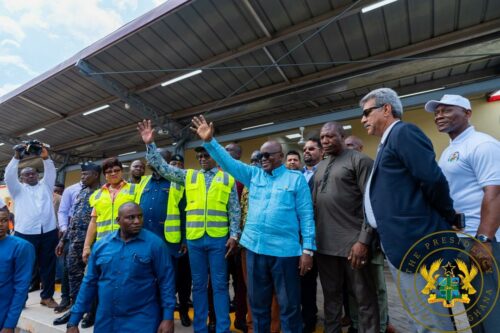 “Not only will it increase transit cargo volumes through the Lake, but will also expand domestic shipments to and from the Lake, and will serve as a boost for agricultural enterprises within the environs of the Lake,” he added.

President Akufo-Addo also inspected some of the ongoing works at the Afienya Railway Station, as well as the works on the track, inspected work on the Volta Rail Bridge over the Volta River to assess the status of work. 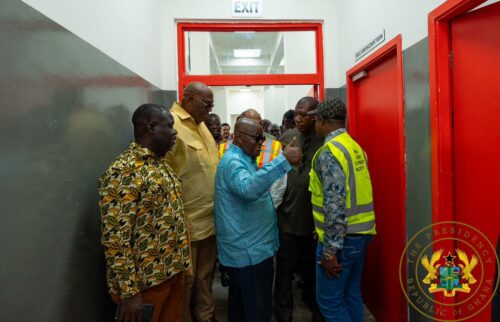 “I have been assured by the contractor that the few outstanding works remaining on the project will be completed and the project handed over to Government for operations within the first half of next year,” he added.

The Tema-Mpakadan-Buipe multi-modal transport project, when successfully completed and operationalised, will link the Tema Port to the lake transport network, especially the north-south movement over a distance of some four hundred kilometres, and open up the Lake to the transportation of not only fuel and cement, but also containerized cargo and agricultural produce from the northern enclave and Afram Plains to the Port of Tema and other destinations. 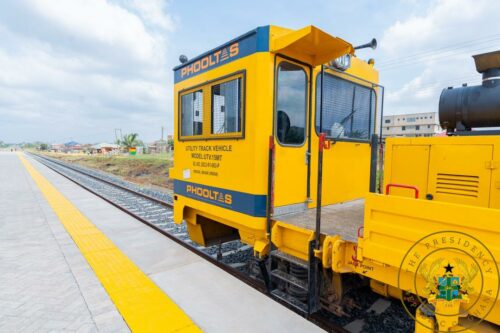 Other economic benefits of the project include reduction of pressure on the road network (including the Eastern Corridor Roads, which are under construction), thereby reducing their early deterioration, and increasing their service life span; minimisation of the cost of transportation of bulk commodities, containers and agricultural produce to the ports and other destinations; provision of affordable, reliable and alternative means of transport for passengers who are not served by the road transport system along the corridor; and construction, operation and maintenance works of the railway infrastructure which will provide direct and indirect employment to a significant number of Ghanaians. 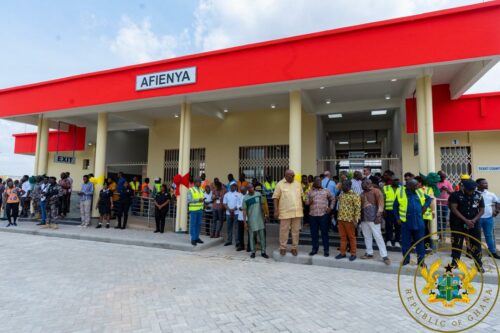 “I want to put on record that, in the last five years of my administration, more construction activity in the railway sector has gone on than in any period since independence. We have laid a solid foundation, which will receive an even greater impetus by the end of my tenure in 2025. My commitment to the development of a new modern standard railway network is unwavering”, President added.