Dr. Abena Pokuaa Ackah has received a harsh warning from the Convention Peoples Party’s (CPP) chairman of the Constitutional and Legal Affairs Committee not to pose as the head of the party’s disciplinary committee.

The CPP’S Central Committee designated and swore in attorney Bright Akwetey as the rightful chairman of the disciplinary committee.

However, there are rumors that the struggling party’s chair and leader have established separate functional structures and replaced attorney Bright Akwetey with Abena Pokuaa Ackah.

The rank-and-file CPP members are angry about this, and they have demanded that quick action be taken to stop all the incorrect nominations.

In response to complaints from party members, the chairman of the Constitutional and Legal Affairs Committee took aggressive action by warning Abena Pokuaa Ackah.

Our reporters came upon a letter that demonstrates that Lawyer Anokye Frimpong is not pulling punches.

Read the letter below: 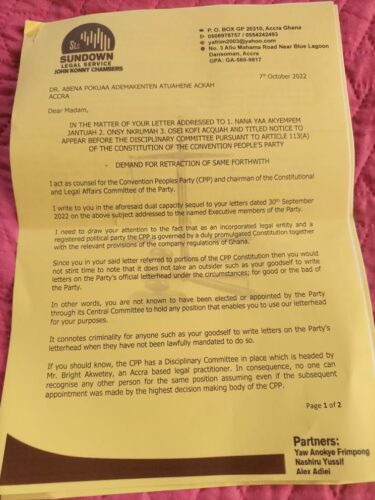 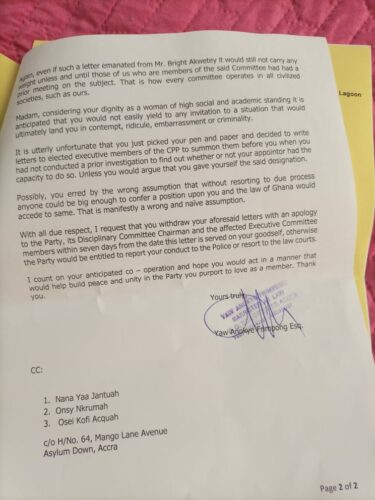